Governor Andrew Cuomo’s political path forward is increasingly tenuous, with fellow elected Democrats demanding his resignation in response to multiple claims of sexual harassment and misconduct and to the debacle of his handling of COVID-19 in nursing homes.  With the prospect of Cuomo’s time as governor ending here’s a photo retrospective on his tenure.

In a daily yet still remarkable scene several dozen FDNY firefighters and EMS staff, whose profession is also focused on lifesaving and aiding those in distress, applauded departing hospital staff. 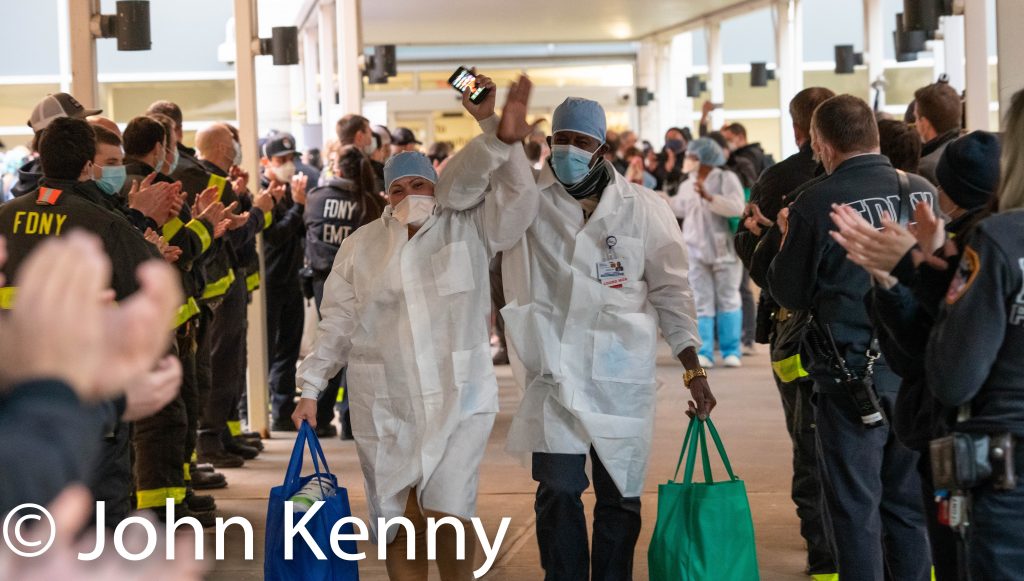 Assembly Member Catalina Cruz expressed her support for Council Member Donovan Richards in the Queens borough president special election, joining Richards for a Corona press conference.  Cruz described herself and Richards as close friends, noting that Richards supported her in her 2018 primary against a candidate backed by the Queens Democratic Party.

As they waited for the press conference to begin Cruz and Richards face timed with Cruz’s mother, as captured in the photo below.  After seeing the photo Cruz later tweeted “[h]e calls her mi madre. She calls him mi hijo. We are more than colleagues, we’ve become family.” 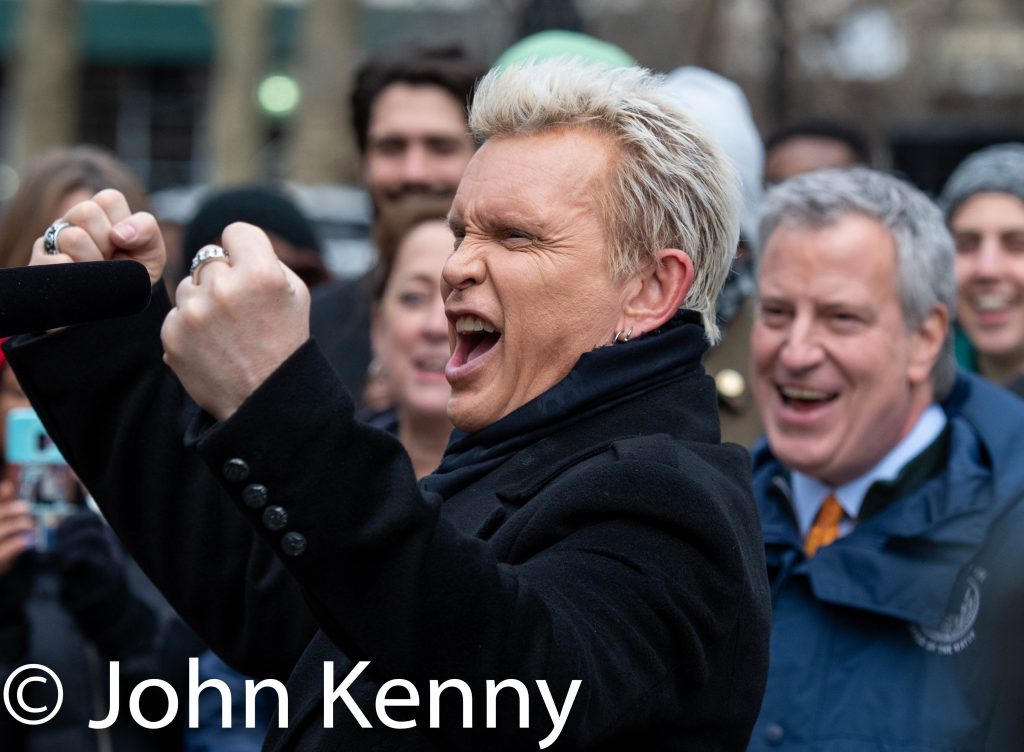 Queens borough president candidate Jim Quinn received the endorsement of the Correction Officers’ Benevolent Association (COBA), with COBA President Elias Husamudeen appearing with Quinn at a rain-soaked press conference at the site of a proposed new jail.  That proposed jail is the Queens iteration of four new jails planned by the de Blasio administration as part of the closing of Rikers Island.  Both Quinn and COBA oppose the closing of Rikers and building of new borough-based jails.  That opposition, and his related opposition to the recently enacted changes in New York state bail laws, is the centerpiece of Quinn’s borough president candidacy.

END_OF_DOCUMENT_TOKEN_TO_BE_REPLACED 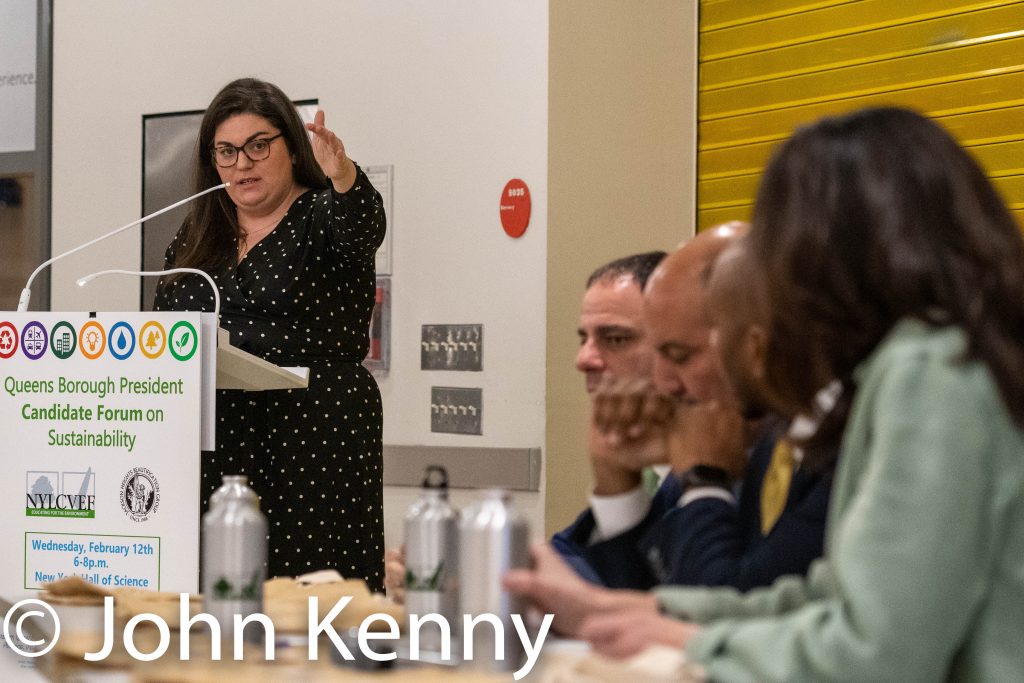 The Bay Terrace Community Alliance held a candidate forum featuring all six active candidates in the March 24th Queens borough president special election.  (A seventh candidate, Council Member Jimmy Van Bramer, is on the ballot but has announced that he’s ended his campaign and is not seeking election.)  BTCA President Matthew Silverstein, 1st VP Warren Schreiber and 2nd VP Phil Konigsberg questioned the candidates for nearly two hours, with the candidates also given the opportunity to pose a question to one of their competitors. 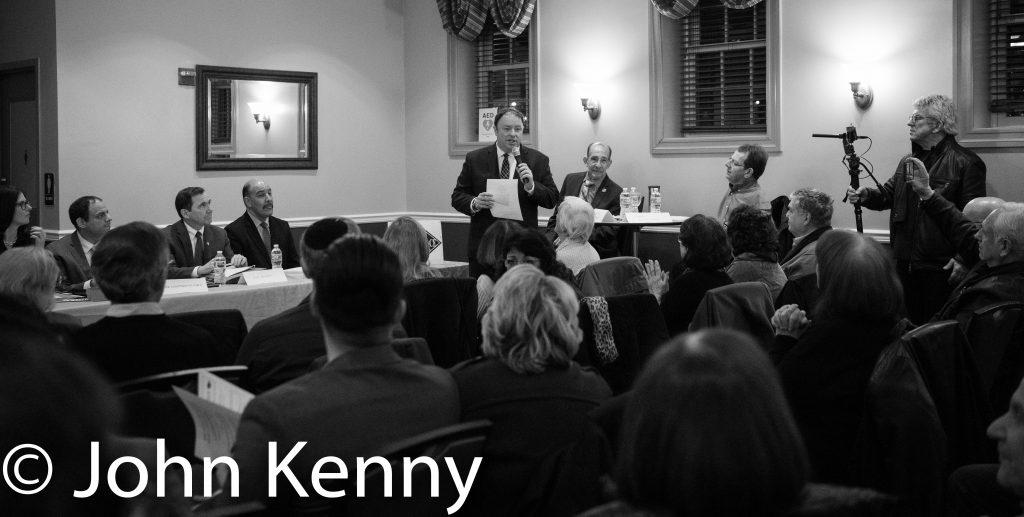 The special election, filling a vacancy created by the resignation of Melinda Katz upon her taking office as the Queens district attorney, is on March 24th with early voting beginning March 14th.  The winner will serve through December 31, 2020, with the remaining year in the four year term to be filled in the November 2020 general election.

Insight, analysis and reporting on New York and national politics

Where in NY is this?

Donald Trump on traits needed in a president.